I rarely keep RAW files after I convert photos to black & white. It's something I've done for 15 years now and I don't really regret doing it. I've only hung onto a few original files and this photo is one of them because I like both versions of the photo and it's the only photo where I've sold both versions. Actually this photo has sold equally between the color and b&w versions. Lately I've given thought to keeping raw files but I don't like the idea of having tens of thousands of RAW photos to search through, organise, and store. I'll think about it a little more. 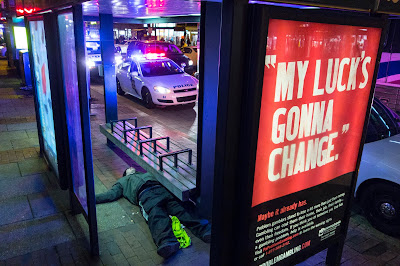