The Street Use to be a Theatre

Going through photographs taken five years ago and the change in the way the city looked was very evident. While a fair amount of people had phones, a lot less were glued to them, their heads were up and they moved a lot faster on the sidewalk. Going back even farther, 10, 15 years and you would see people on their little Nokia or Motorola dumb phones, talking into them loud enough for everyone to hear....but their heads were up and they still moved like they had a purpose. By far the biggest change has happened over the last five years where humans have transformed into iZombies. 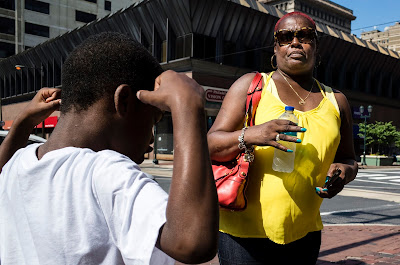