After a move six months ago I'm finding it somewhat difficult being an urban expressionist in my new neighborhood. Granted the center city/downtown area was becoming a little less city like every day but it's like I've been transported to another dimension. The strange thing is I'm still within Philadelphia's borders and a mere 10 miles to downtown, a 30 minute train ride. Don't get me wrong, they love art out here and maybe more so than downtown but it's different. The overwhelming preference here is landscapes and still lifes for both painting and photography. Frankly I think my dark gritty contrast photography and paintings scare the hell out of them. While I did have a photograph in the local Woodmere Art Museum Annual last year I doubt my art will be added to any local collections. Granted even downtown more people wanted New York City photography on their walls than those taken in Philadelphia but they were more open to urban photography. I know it's only been six months but I'm very good at predictions and I don't see much of an opportunity for me here. 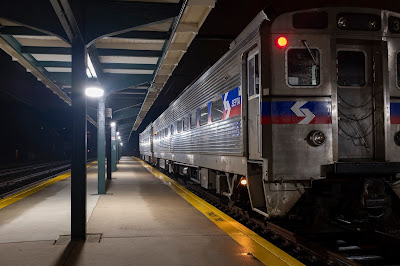