It's no secret that the so called smart phone is hurting the camera industry and murdering the point & shoot camera. These small more versatile cameras with their capability to produce much better physical prints is being left behind for a device that's a Jack of all trades but master none. They're for the iZombie who lives online, posts their small square photos on social media, and never print them out. There are several photographers that I know, including myself, who are trying acquire enough of them so not to worry about having to buy a new super megapixel, super expensive model with 4k (8k coming soon) anytime soon. Every once in a while someone will gift me a camera which actually happened a lot with the Ricoh GRD1 camera. Lately I've been using the tiny Fuji XQ2 camera for my latest street photography and have enjoyed using it but someone recently sent me a Nikon S9600 superzoom point & shoot. So yesterday I took the train into center city to try it out. First it's wide zoom of 25mm-550mm is slowish with it being f3.4 at the wide end. I don't think I've used anything that slow since the film Yashica T4 camera. But since I'm mostly using it during the day it's not a problem. There isn't any RAW setting and everything is on automatic like a true point and shoot. For the first hour I had to change my method and slow down a bit to figure out where I left the zoom for the last photo and the cameras semi-slow autofocus. After I got use to the slower operation there weren't any problems and the camera is about as simple as it can be in today's obsessive technology driven world. As for the photos themselves I have no issues. The color jpegs convert to black and white well but pixel peepers who never actually make any prints would complain about detail when enlarged to 100% on their 4k monitors. They don't have that overly sharpened digital look to them. I'm more than happy with the prints I made last night and for now I'll be carrying this camera along with the Fuji and will be on the lookout for other P&S cameras. 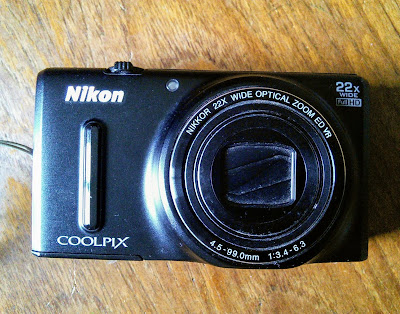 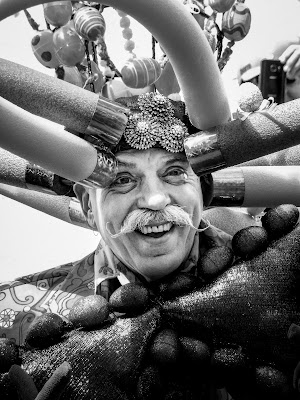