Sometimes I repeat myself on this blog but that usually happens after one or more conversations that I have with other photographers or collectors. Just this morning I was chatting with a photographer who is in his early 60s and is now asking if his life's work will ever see the light of day or as he repeated what I said "just end up in the garbage after he dies". He had relatively high numbers on Instagram but has since deleted his account because of the "popularity contest" that so called social media has become, the spammers, bots, fake accounts with their likes and follows, and people who have engaged less. Much like myself he's worried that photography in the 21st century has lost its importance, it's clarity, and direction. I couldn't argue with him because I believe photography as art art form, as storytelling, as something special is in serious trouble. I know photographers that have published books that sold well but no longer do so because why should people buy a book when they can see the photos for free on Instagram or Facebook? Many people praise social media for opening up the world of art but I truly believe that ended five years ago. It's become an outright sea of shit where anyone can put up photos of street photography and no matter how terrible and non-cohesive the photos are they will achieve fame if their follower/like numbers are high enough no matter if those numbers are real or fake. There are others who have a hard time fighting the urge to return to Instagram. There are those who post their portfolio photos and judge their value on how many people "like" the photos, people that they don't know, people that might not even be real. Where's the reality in that ? I recently watch a 49 minute documentary on just how fake the social media platform has become ( link posted below ). I suggest that everyone should watch it, specially other artists. 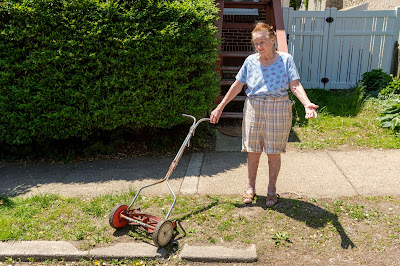