"I'm Tired Of Being Disappointed But I'm Glad I Have Photos"

"I'm Tired Of Being Disappointed But I'm Glad I Have Photos" will most likely be the title of my memoir or manifesto. The two reasons I switched to street photography was that I got tired of being detained by authorities after 911 or being told "NO" when asking for permission to take photos of buildings and certain areas. The other was the unnatural rapid change happening in cities. A great disappointment in the unurbaning of cities and the rapid rise of the suburban 9 to 5 transplants. When I look at my Philadelphia Project which began about 10 years ago it seems that the vast majority of what and who I photographed are gone. The city has become a disposable object much like today's smartphones. Anything that's been around for more than a couple of years is old and needs to be replaced by the next new shiny thing. Never have I seen such a quick turnover with signs in windows saying "Thanks for a great two years". Two freaking years ! Most of the businesses, diners, coffee shops I would frequent were around for decades, not years. 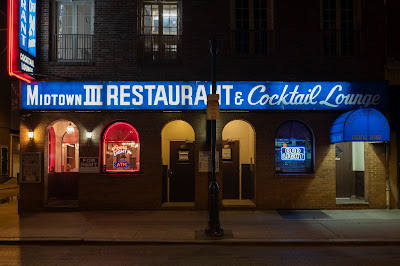