To call me efficient and organized is an understatement. Even as a child I was overly neat, I had to know where everything I owned was. My friends would make fun of me because I made to do lists, inventory lists,  and sketched things out before doing them. It's most likely why I have to work in nice neat projects instead of photographing my whole life the same manner. It's also my way of dealing with a city that moves slower than I do. Maybe, just maybe if I spent my life in a city like New York or Tokyo where there's more and that more moving faster could I photograph as one life long project.  Right now I'm thinking of new projects but as just about everything is or has already been gentrified it's become increasingly hard. Unless my goal was to show a before and after there is no way I could mix pre and post gentrification into the same project. As I type this there is a black composition book next to me where I keep track of ideas and that book usually goes wherever I go. 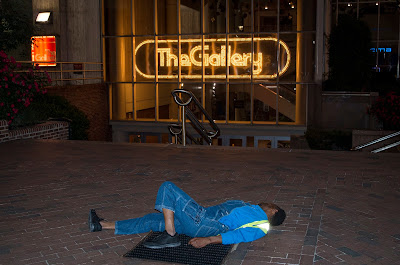