Since moving out of Old City I've read several articles with titles such as "How to Take Boring Photos", "At War With the Obvious", "Photograph the Ugly Stuff". The purpose for these articles is to show that suburban photography can be as interesting and important as photography taken in large cities. While it will fall on the deaf ears of the young suburban population now returning to the city for the sole purpose of "coolness" there does seem to be an older portion of the photography population in their 60s,70s, and 80s that have done an excellent job of portraying the burbs. The reason I'm bringing this up is because of my problem finding myself right now as a photographer who has only photographed the city and now lives in a suburban setting. You won't find track housing, convenience stores, strip malls, and some other things you would find in the traditional burbs. My new neighborhood which is barely in Philadelphia's borders has a slightly upscale main street that divides it into two. The one side is full of mostly old stone mega mansions full of millionaires and a couple of billionaires while my side of the main street is a lot more middle-class. It seems that I can go out for days without pressing the shutter and that frankly scares the hell out of me ! 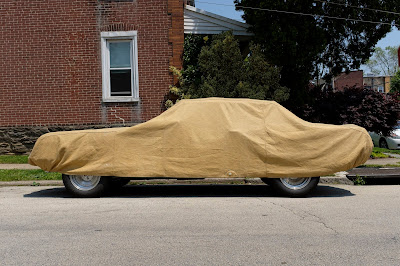