Yesterday I spent a very wet Sunday roaming the streets downtown. I made the mistake of taking the bus in which took an hour and a half because of the Broad Street Run. Next time I'll spring for the $5 train instead. After that long boring trip I needed breakfast so I ended up at one of the last diners, and 24 hours at that in center city. Midtown III (there were four) had about a dozen people all which were easily over the age of 40 and it's waitstaff in their 50s and 60s. Finishing up with several cups of coffee it was time to hit the street and under it in Philadelphia's massive subway concourse tunnels. In the end I did manage to take a few good photos which have already been printed and added to the album. But mostly I ended up very wet. 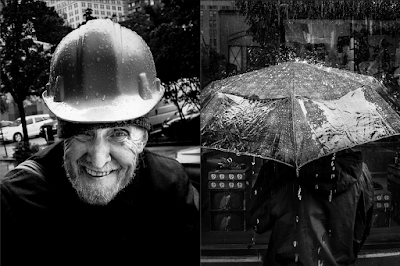