Last night I spent a couple hours looking through one of my notebooks that was filled with ideas and places that I wanted to photograph. Once I moved out of center city I wanted to venture into small towns and photograph what remained of old diners, factories, and other things that are disappearing from the landscape at the speed of light. With the city being cleansed, whitewashed and modernized I thought I might still find some of what I was looking for in these small old towns far from an urban center. Then like most of my dreams reality came crashing down with a hard thud. It's the same story over and over what's preventing me from starting any of these ideas. IT"S MONEY, IT"S ALWAYS MONEY! With the largest portion of it need for transportation. Unlike traveling to New York City which can be done by train or bus these in the middle of nowhere places would require a car, most likely a rental car. I can't imagine the feeling some artists get after receiving grant or fellow to pay for these expenses, to not having to worry about finances and being able to fully concentrate on what they're doing. It's disappointing to think that this is just one more project that will never see the light of day. Especially with at the rate places of interest are disappearing. 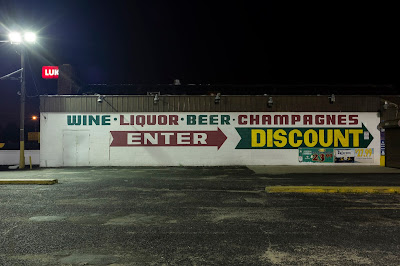