Weegee The Famous for $5

My iStock/Getty photo stock experiment has been a financial failure but a valuable learning experience.

I stopped uploading specialized photos (not photos from my project portfolios) over a month ago and in the last three months I've earned a whopping $6.26 from 9 image sales. That's 70 cents a photo!!!
A couple of the sales went to news publications including Forbes magazine. I don't think it's possible to make a living off of stock photos anymore and to make one or two hundred dollars a month you need a few thousand good photos listed.

To put my experiment this into perspective, Arthur Fellig, also known as Weegee the Famous was still a part time "squeegee "man at a news photo agency in 1939 when he was earning $5 a photo from tabloid papers.
This was before he became known and agencies never credited the photographers which is something he was responsible for changing a couple years later.
Weegee's $5 earned per photo in 2019 money would be $90 a photo today. People who are willing to give their photos away for exposure or linked from instagram have made it close to impossible to make enough to buy a cup of coffee a month. 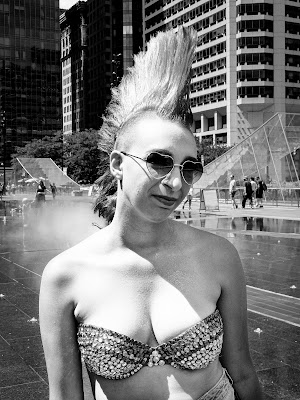