I just deleted my Instagram account because as a photographer its usefulness has become zilch. Several times before I've mentioned the problems from algorithms to influencers and bots so there isn't a reason for me to repeat them. Even as a research tool it's become a huge failure even though everybody today is a photographer. I've been searching towns to photograph but almost all of what appears is selfies, food, or slut shots. For large cities it's even worse because you have the aforementioned and then the same buildings and scenes photographed over and over, like there's a sign on the ground saying "take photo from here". So that's pretty much it for me on social media. I've been off of Facebook for 19 months and my Michael Penn Photography page on there is run by Natasha and if she wanted to delete that page today I would be fine with that. There was a time not that long ago where all you needed was a good website to succeed as an artist, today you have to pimp yourself out with a trendy cause, money to buy thousands of followers, and become a bullshit artist (no pun intended). The who process is fake, disingenuous, and down right sleazy. 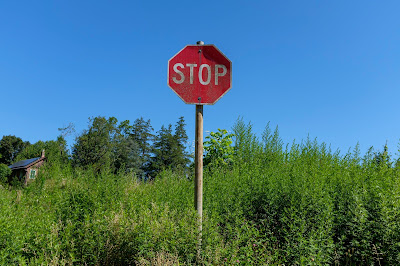