A few weeks ago I was asked to help breathe some life into a camera review sites Ricoh forum. I hesitated because I was a member of this site a decade ago and the gear junkies and fanboys attacked and made the place hell for actual photographers. It seems that all they did was bicker about useless specs and always wanting more, always upgrading and complaining that a new model wasn't coming fast enough. Apparently they do everything except take photos. I gave it a couple days thought and read as many posts as I could and the place seemed calmer. I posted several groups of photos with basically no response. I posted some old articles on camera models that led up to the current model and still crickets. I answered a bunch of people asking questions and after a rare 'thank you" it went quiet again. Then I posted a review of the latest camera which was fair and accurate, then all hell broke loose. These fanboys and gear junkies acted like insulted their religion or family. Even those that have never had a hand on the camera attacked. The old forum came out of a deep sleep. I stepped back and watched this unfold and inaccuracies and insults flew. The post reached its response limit and was locked. Once again the place is quiet and it seems that people on there are only interested in fighting and I think they use it as a form of entertainment. There's just no helping them. I poked my head into the Fuji and Sony forum which wasn't much different, just a hell of a lot busier. The posts are full of people wanting more. More pixels, more iso, more stabilization, more wifi, more dynamic range and the biggest trend is wanting their cameras to be more like the one in their phone. They want it to produce a perfect balanced photo without them having to do anything. I think it's time for me to leave again because there is no helping iZombies. 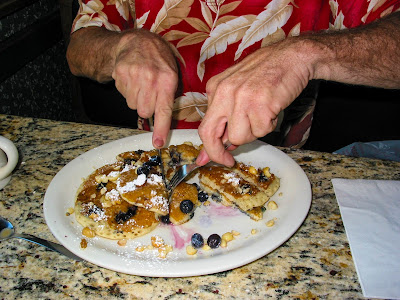