In the past I've received too many emails to count by people asking me about whatever project I was working on. A good portion of these emails ask more questions than most interviewers. In the beginning I guess you could say that I was naive by answering all the questions. Some times afterwards I began to notice copycat projects from a few of these same people. A couple of years ago I was discussing one of my ideas with another photographer but in the end I couldn't begin it because I just didn't have the funding. At the end of that year I noticed that the same photographer was awarded a Guggenheim Fellowship for my project idea. He has also received a fair amount of press and exhibitions. To say I was angry was an understatement and from that point on I rarely give out details, especially on projects I haven't begun. The reason I brought this up is that over the weekend I received two such emails from people who were trying to masquerade their interest. They both wanted to know details such as where I was finding these cheap cameras, how was I printing them, what paper was being used, how much was I charging for prints, what made me decided to due this. My B.S. alarm went to red alert! These people wanted nothing more than for me to do their work for them, the research and even the why. 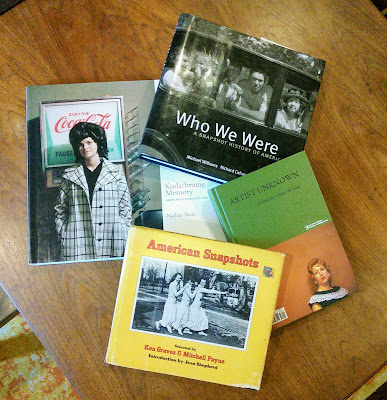