Death of the Photo Essay

As a child my father once told me that Gene Smith was the only American photographer that was worth a damn. I know he met Smith a couple of times in New York and while he began to teach me photography I was too young to fully appreciate what he was trying to tell me. He called him a "complete photographer" and went on to explain how he could photograph any situation in front of him with any camera and then print as well or better than the master printers of the time. W Eugene Smith, Gene would tell people that the "W" stood for "wonderful", has always been a source of inspiration to me. When I say inspiration I don't mean the idol worship that plagues photographers today, what I mean is his pure love of photography and his tenacity to it. There has never been a more dedicated photographer who truly understood the power of the photographic image and yet he's still not given the credit he deserves as photographer who developed the photo essay. Photographers such as Ansel Adams and Edward Steichen were in awe of his talent and had no problem publicly expressing it. They fought for him when he was known to be difficult to work with, mostly because editors didn't understand his genius or dedication to his subjects.
Gene had a huge fear of failure and never being satisfied, but it was those two things that drove him to always try harder and in some occasions made him suicidal. While on assignment one night his assistant found him standing in the middle of the country road in front of the motel they were staying. When he asked Gene what he's was doing Gene answered " I'm waiting for a car to drive by and hit me". His addiction to uppers didn't help but without them he wouldn't be able to spend three days or more in the darkroom without any sleep. His perfectionist attitude would result in him spending up to a week working on one single print, going thru hundreds of sheets of paper, developing chemicals, and endless bottles of the poison Cyanide that he used to brighten highlights in his prints. Books, magazines and definitely your computer monitor don't do his prints justice. They HAVE to be seen in person to understand just how great they are.
Today the photo essay has dissolved into an afterthought of popaganda ( See urban Dictionary ) with branding overtones. There is neither truth in the words or photographs. True photographic talent has been replaced by anyone with an iPhone. Quick has replaced great, the complex has been dumbed down for the clickbait addicted internet masses with a 15 second attention span. Pick up any old copy of Life magazine and see for yourself. 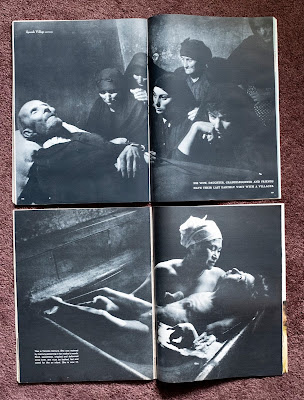 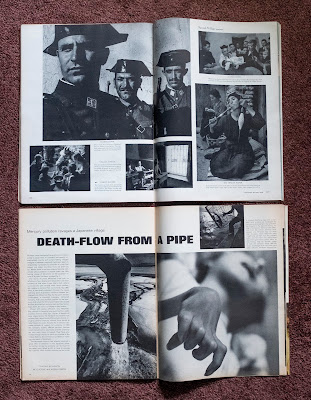