Death of the Urban Warrior

Yes I've said most of this before, some of it more than once, but it needs repeating until I convince myself that I've outgrown today's version of the city. That the dullness, the sameness, and all the polishing isn't for me, and neither are the new suburban transplants infected with Antisocial Personality Disorder. Just about every place I enjoyed is no more and so are the people that I enjoyed it with. While repeating this doesn't make me feel any better, while truthfully it makes me feel worse, I feel it's the only way I can overcome what has happened and assimilate into my more suburban surroundings as a person and a photographer. While technically still with in Philadelphia's borders Chestnut Hill is anything but urban and there are a fair amount of New Yorkers moving here, some for the same reasons I did, more bang for their buck even considering that most of this neighborhood is extremely wealthy, or a better place to raise their children. And no the place isn't "Instagramable".
Some people on the internet where they feel safe would question and even chastise my comments on modern city life. My favorite is "everything changes" by those who have barely left home and haven't really experienced anything. Yes things change but when that change is no longer organic and is been forced, branded and hyped, it's no longer just simple change. Inexperienced people who think like that are being commanded and brainwashed into acceptance by that $1000 device in their back pocket that's spying on them. Some are actually believing that city life before they arrived is nothing more than historical baggage but thrive off of faux appropriated versions of what came before. I would sit at Little Pete's counter and stare at them walking by the window trying to understand them and they would sometimes glance up from their phone to stare back at the sad middle age guy in bummy clothes eating at that old dirty diner in that blighted building, and what's that thing...a camera. That last part was true as it was told to me by James who sold umbrellas across the street from the diner for more than 30 years. Sometimes my contempt for these izombies turns to sadness that they'll never be able to truly experience the real city, any real city. Their entitled life of needing such a planned existence that's been curated just for them while being directed down that yellow brick road by Apple, Google, Facebook and Instagram is suicidality depressing. Gone with them are the street smarts and survival skills needed to navigate life, and the ability to think fast and deal with the unexpected.
So where does this leave me? Well for one I haven't been back to center city(downtown) in two months and too tell you the truth I feel no need to go. My few remaining friends there take the train out here to see me, they need a break from the new norm even though some won't admit to it. New York is no different and in some ways worse. I'm sitting on three free round trip tickets but I can't get myself to go for the same reasons, but for size and wealth it's worse. My remaining friends there feel no different than I do and want out and for a true native New Yorker that's a very difficult thing. In a week it will mark one year since I moved here and I need to adjust my photography to my new situation. I've struggled with it so far but I think the cure is for me to think and move more slowly in my approach, ok and maybe some Transcendental Meditation. Only time will tell. 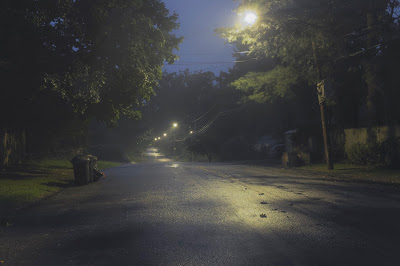