Today in the world of photography it is rare that you stumble upon something new, something good, something NOT New York City. I've known about Elmo Tide since 2008 when this mysterious person first appeared on Flickr. His subject is good, his photos are good, and his new book stands out in the sea of mediocrity of todays photo book publishing. As far as I know nobody has figured out the real name of this photographer and there are the skeptics who think that this is just another branding or marketing ploy. I might agree with you if it began in the last 5 to 7 years but he/she has been Elmo Tide since at least 2008. Who ever they are I hope they continue and I want to thank them for showing the 21st century world that there's more to photography and photo books than New York City.

Who Is Elmo Tide 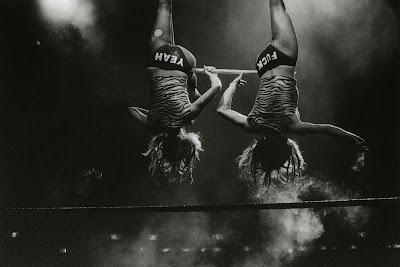