I ran into someone that was using a Nikon DH2 camera from 2003. The large dslr has a whooping 4 megapixel sensor and originally cost $4000 for the body alone. In this age of the smartphone I enjoy seeing someone with a real camera. Specially a person in his late 50s who isn't complaining about the size and weight of the camera. He told me he's carried it everyday for the last 18 years.

There is something special about the color from these early digital cameras with a resemblance to the bold color film of the 80s and 90s. When I've spoken to others about cameras like this one or two are genuinely interested but most grumble about low megapixels, no stabilization and poor iso above 400.

I'm not a gear junkie by any means but my nostalgic look at cameras like this is due to the fact that in 2003 I couldn't afford it's original price tag of $4000 plus a lens or two, genuine interest in the colors the produce, and the fact that 4 megapixels is enough for a good size print on 17x22 paper if you know what you're doing. The secret to these cameras is to use them like you're shooting Kodachrome. You need good light and to keep the iso respectable at 400 or below.

Currently you can find this Nikon and it's Canon counterpart EOS 1D for around $300 if you stay away from Ebay. I've seen shutter counts over 300,000 even though it's rated for 150,000, so if you find one with a shutter count below 75,000 the camera should last you a long time.

In conclusion the megapixel/iso race has been damaging to photographers and their wallets. Since MoMa isn't calling me for 40x60 prints I could have used a camera like this since I moved on from film in 2003 and now I could have a back up camera or two for a small fraction of the original price. 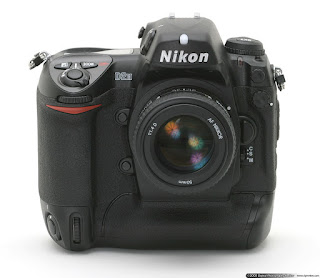 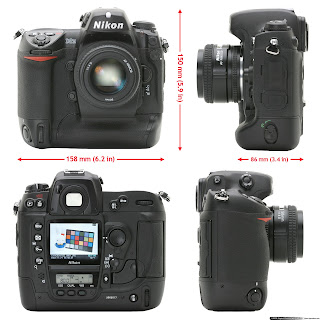 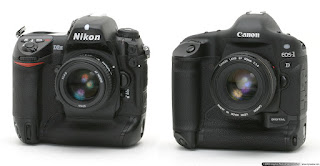