Every Saturday I would wake up and head to a local coffee shop but over the last month I've stayed home and I've been contemplating why. Is it the hoard of stroller mommies with their SUV sized strollers who push their way thru people and block the aisles? Is it the people who play video games or watch videos with the volume all the way up? Is it those who can't give politics a rest for even a few minutes to have a cup of coffee and then try to bring strangers into their insipid arguments? Most likely all of those issues played a role but there is one more contributing factor -- my art. Working on a painting and making prints have taken top priority with me lately and I don't see that changing. There was a pre-urban Millennial time that you could get a cup of coffee after 7pm. Christ there were nights Natasha and I were at a coffee shop until 1am and when late night coffee shops shuttered you always had the 24 hour diner, but not anymore. Some would blame the pandemic but it was happening well before. If there were a late night coffee shop or diner in my neighborhood today you would find me there at midnight.

As a more reclusive life has been settling over me I've had a lot more time to think about painting and photography. Adding in the last month I've made more paintings than the prior 5 months combined and made a couple hundred prints at least. I've written down several photography project ideas all of which don't include humans in them. Actually besides my diner photos I've lost interest in taking typical street photos but there are a couple of projects I need to finish and put behind me. In a nutshell people today have become too boring to photograph whether in a coffee shop or on the street. 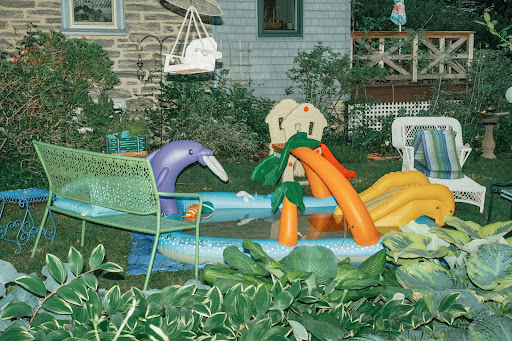